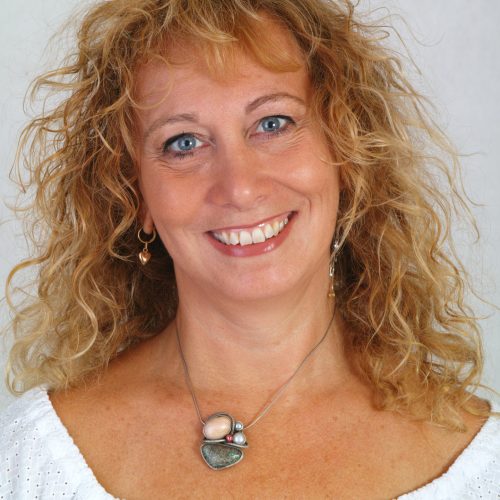 Born in Milan, Italy, Esperide always wanted to change the world for the better, and her first jobs were with international organizations devoted to this. She worked in Brussels at the European Parliament as the Assistant to the First Vice-President, and later worked part time for a New York based consultancy firm associated with the United Nations Development Program.

She then realized that politics and governance cannot transform the course to destruction humanity is set on now, unless they are supported by a deep shift in human consciousness. For this reason, in 1993 she became a resident citizen of Damanhur. This choice gave her the opportunity to apply her ideals in everyday life, and to have a constant spiritual practice that became the support for her personal transformation.

Esperide loves to study, so she has an array of University degrees: a BA in Economics for Tourism from the University of Bologna; an MA in English and Spanish Literature from IULM University inMilan; a MA in Communication from New York University and an honorary PhD in Wisdom Studies from Wisdom University. She has also studied transformative Peace Negotiations with the PATRIR Institute, and is a certified SoulCollage® Facilitator.

For many years now, she has been teaching for the Independent University of Damanhur, as well as traveling the world facilitating, consulting and training people on the creation of effective groups and communities, and the use of creativity and multiple logics in approaching complex problems, also in business contexts.

One of her favorite fields of research and teaching is the role of women in these times of transformation. Esperide’s approach combines insights drawn from anthropology, biology, sociology, psychology, cognitive and environmental sciences. Her Master’s thesis at NYU: “Cross-cultural communication and cooperation with the Developing World. A strategy to ensure appropriate participation for women” served as the basis for a series of training modules for UNDP. She was on of the creators and facilitators of “Feminine Leadership Re-designed” for Neyrode Business University in Holland, a series of workshops for business women looking for a better balance between their work life and their happiness.

Esperide is fluent in five languages. She is a published author (in Italian, English and translated into Chinese) and lyricist, loves photography and the arts, and has a passion for traveling and meeting people from different cultural contexts. Her constant investigation of new discoveries, her eclectic approach to life combined and her knowledge of many different fields, gained her the position of “Content Creator” for the Damanhur Foundation.