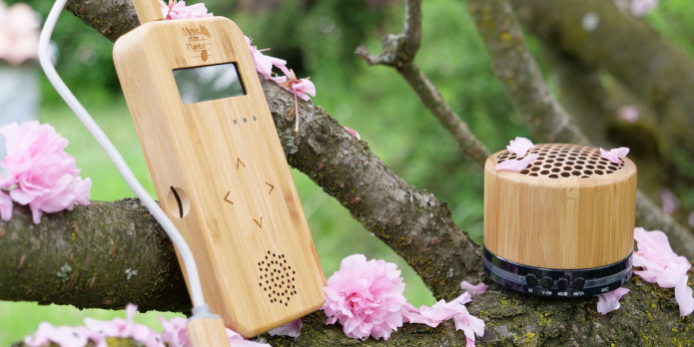 The Music of the Plants

Imagine a world in which humans have learnt that everything that lives, humans, animals and plants have emotions and feelings and participate in life fully as we do. Imagine gardens and forests in which trees and flowers interact with human beings by means of sounds and music. All this may soon not sound like sci-fi anymore, but become part of the normal experience of every child of planet Earth.

Since the 1970s, Damanhur has been exploring communication with the plant world.  As a part of this research,  Damanhur researchers have created an instrument capable of detecting electromagnetic variations from the surface of the plant leaves to the root system. Such variations are then translated  into sound through a MIDI interface. They discovered that the pulse streams of each organism are unique, with each plant manifesting its own individual biological “signature sound”.

Science increasingly supports the concept that plants operate with an innate intelligence and logic different from our own. Indeed, plants demonstrate that they can learn to interact with humans. At first, the plants simply seem to realize that the sounds emitted by the device are a consequence of their electric activity, then they learn to modulate their impedence to change the sounds.

More expert plants, eventually, can use the sounds they modulate to interact with humans and create a real form of communication. When they interact with musicians for example, they sometimes even repeat the same scales, the same tunes and the same notes.

It has also been demonstrated that trees and plants that have become experts in interacting with humans and in controlling the music device can “train” other trees, helping them to learn quickly how to operate the device.

For more info on The Music of the Plants, please visit:

Or read: The Music of the Plants book