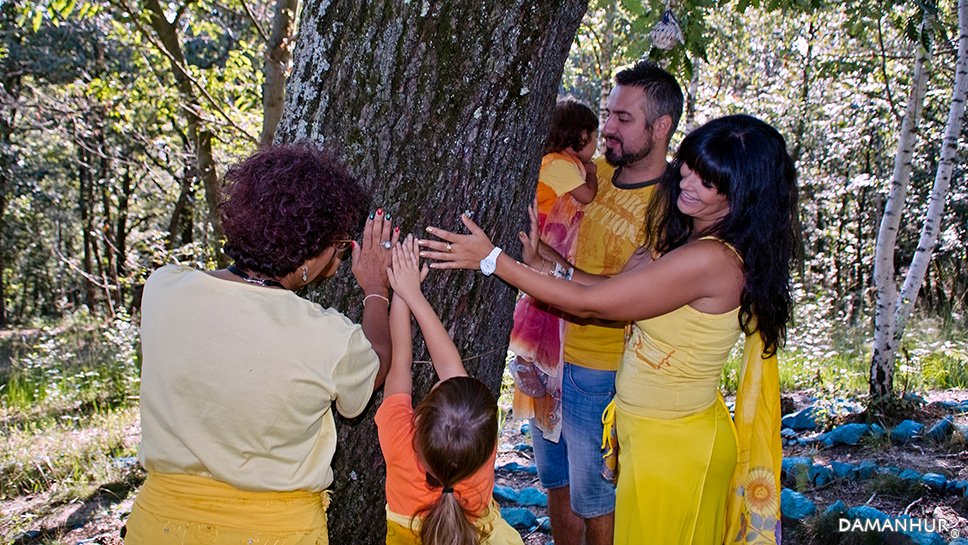 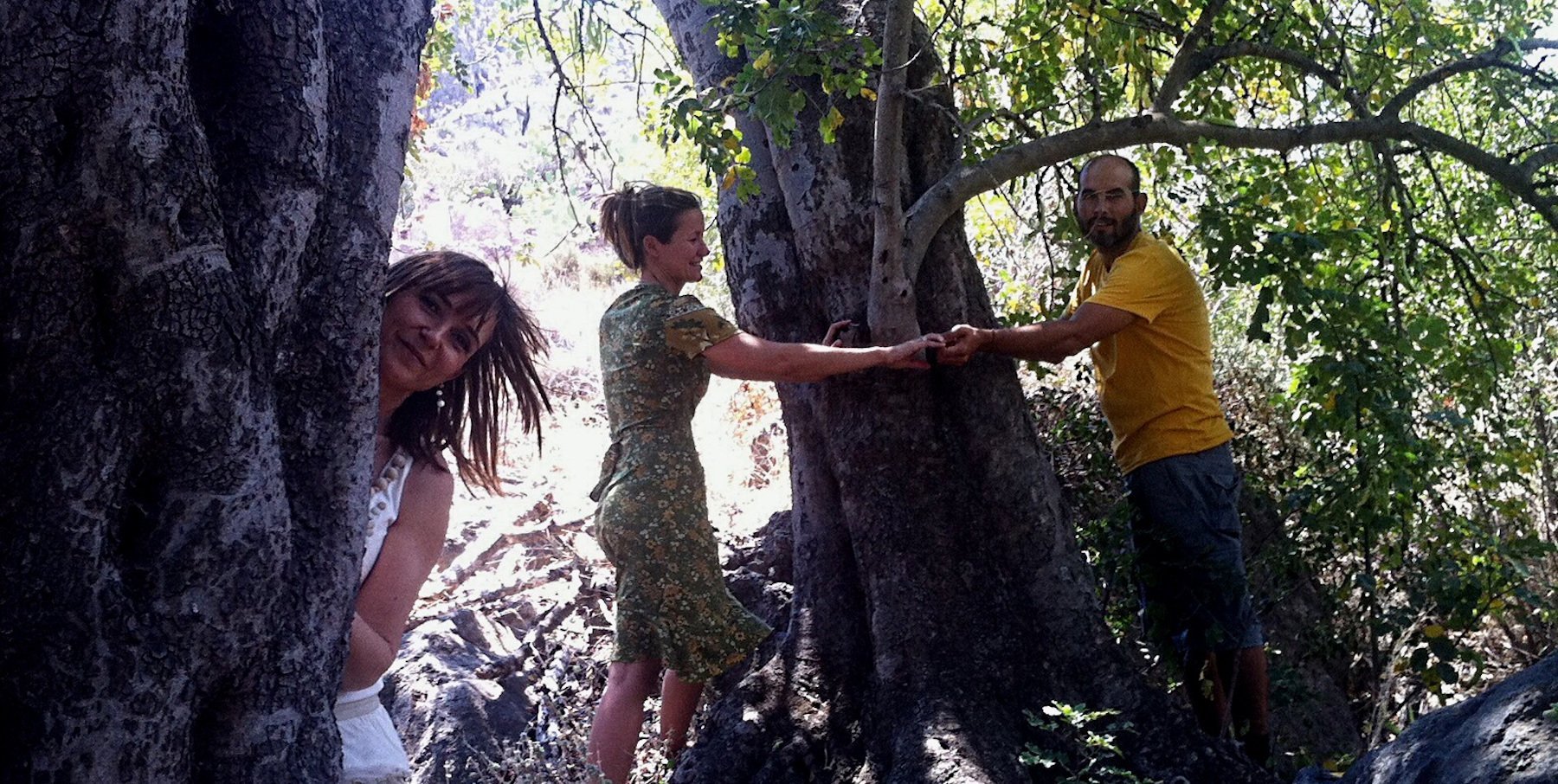 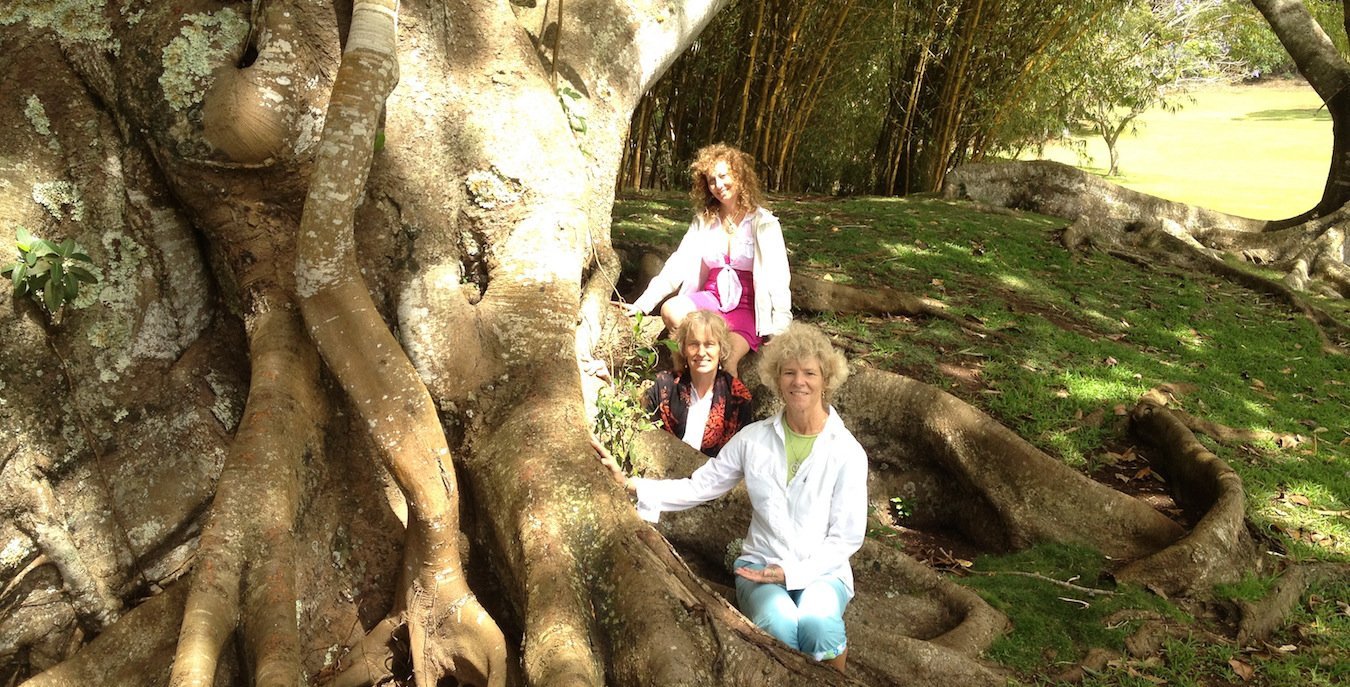 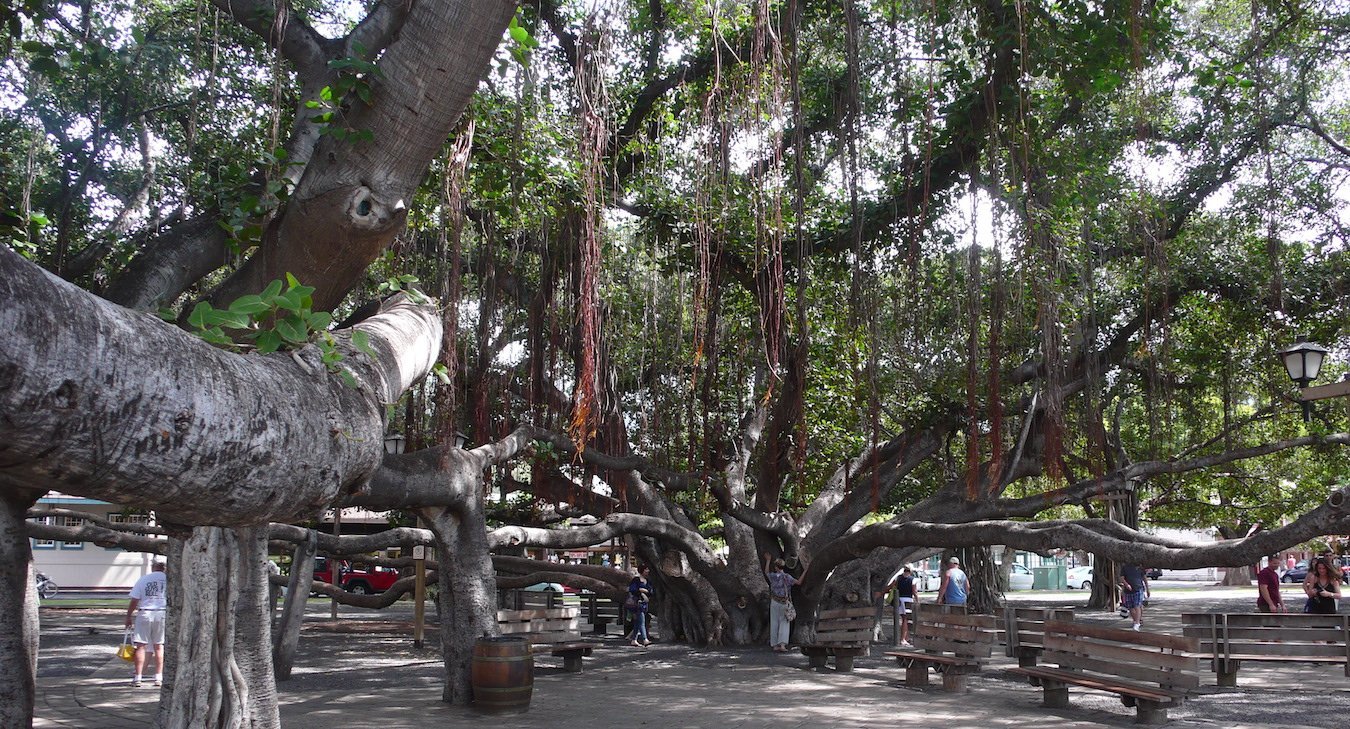 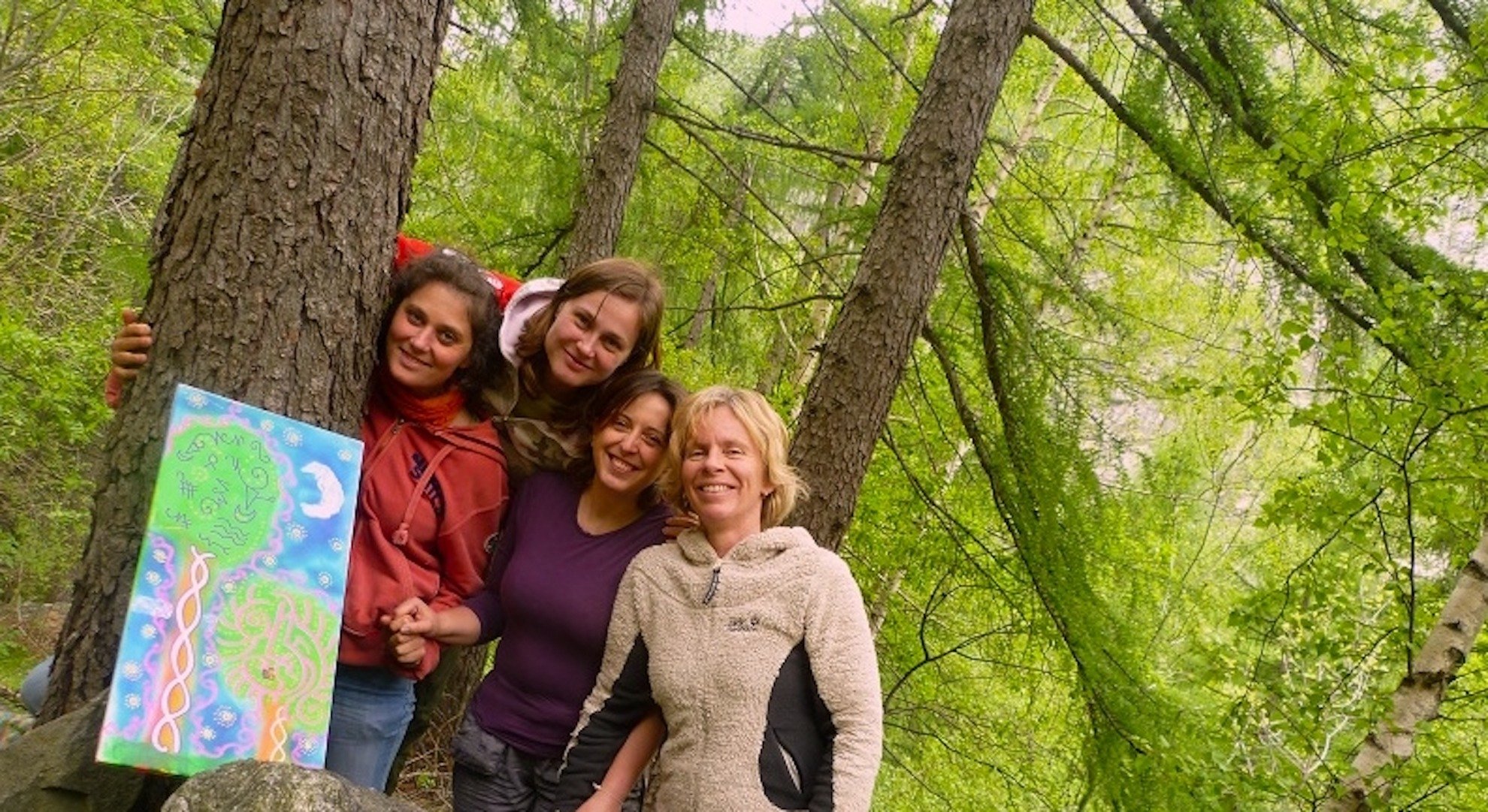 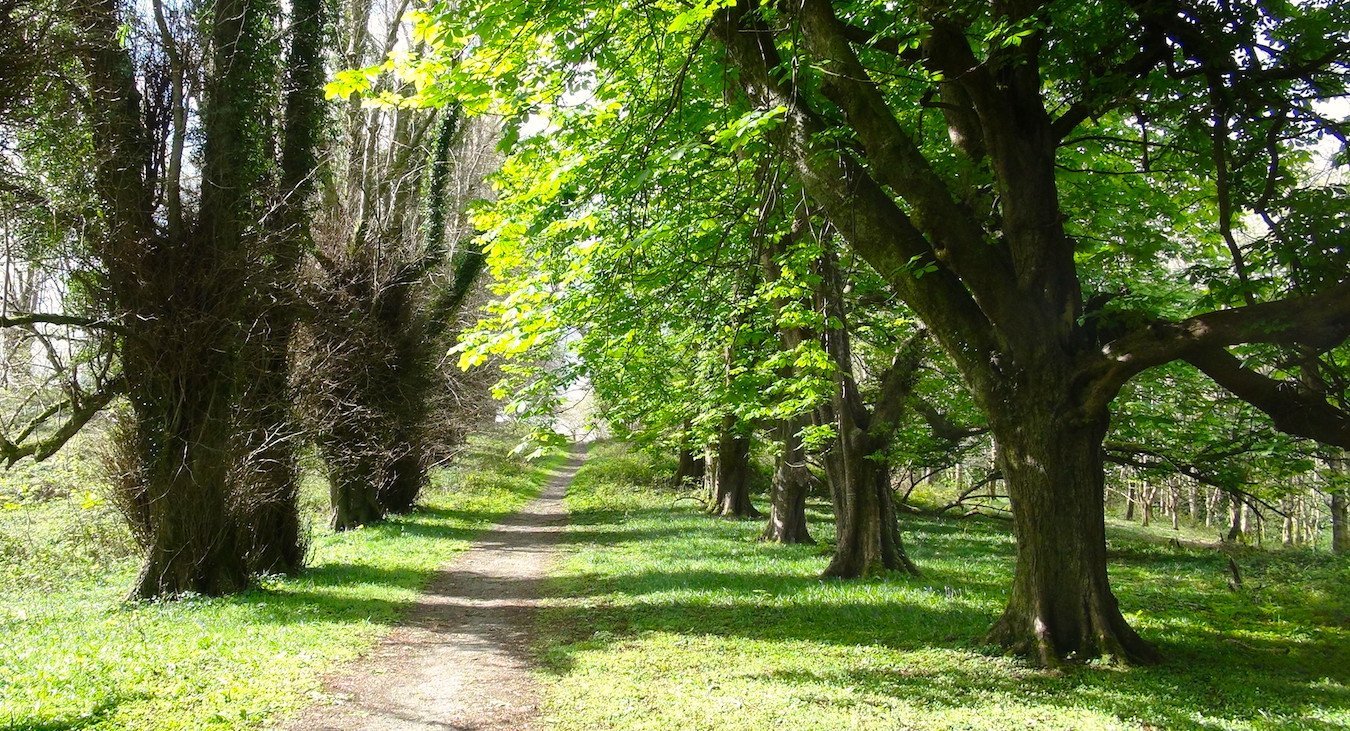 Launched in 2011, in California and Japan, this project has spread all over the world.  At the core of this initiative is a specific technique devised in Damanhur, and people from all over the world are invited to participate, adding their unique artistic, cultural, and spiritual approaches.

Damanhur began this effort to “orient” trees using a unique technique based on “Selfic” technology that was introduced more than forty years ago by Falco and which has been developed at Damanhur ever since. Selfica creates objects mostly made of metals and special inks that serve as conduits for highly specialized energies that can interact both with humans and the environment.

Thanks to human action and specifically-prepared Selfic objects that function as mediators between human energies and those of the plant world, this technique creates a coherent field among the trees, re-establishing their ability to connect fully to one another and to other species in common networks. In this way, through their sensitivity and specific intelligence, trees create “the largest and most powerful living computer” on earth, such that the trees’ intelligence is able to elaborate data relating to our planet and provide an effective relationship with the rest of our living ecology.

Once “oriented,” trees will be able to interact actively to transform the ecosystem, also adapting their own shape and form. The underwater flora will be able to adapt more swiftly and become more resilient to the acidification of the ocean, having a positive effect on the plankton-climate connection. Put simply, by “orienting” the trees, they will be able to adapt more effectively to the growing ecological degradation and to act proactively with other species, including humans, to generate creative responses and solutions. We are in a planetary crisis and all species are and must come together to respond. Humans alone will not be able to solve our planetary crisis, only humans working creatively with many other species. This recognition lies at the heart of the HumaniTree Alliance.

The Selfic technique pioneered in Damanhur was brought to the Santa Cruz Mountains in California in 2011 where over 6,000 trees were “oriented” by a small, dedicated team of people from Wisdom University. Tree orientation is quickly spreading around the world as literally dozens of groups have begun to use the Selfic technique to “orient” trees in their own communities. Besides Italy and the United States, tree orientations have been taking place in countries as diverse as Japan, the Amazon in Brazil, Slovenia, Mali, England, Ireland, Croatia, Argentina, Venezuela, Uruguay, Norway, Austria, Germany, Greece, Bali, the Dominican Republic, Bulgaria, Russia and the Netherlands.

By “orienting” trees with love and respect, will be done by trees as a re-creating a new balance with nature. Trees will come back to the beginning of time.